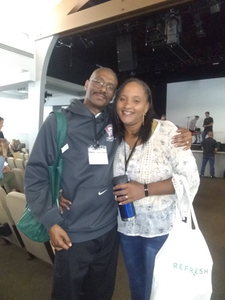 Daryl grew up in in South East San Diego as a gang member, drug dealer, and eventually a drug addict. Early Saturday morning on January 6, 1990 the Lord spoke to Daryl with two simple words, “Follow Me”, Daryl screamed back to heaven “Ok”. In that instant everything changed for Daryl and the following Sunday he went to church. However, for Daryl even though there was an inner change to his heart and mind he continued to struggle with drugs for nearly sixteen more years. Two years after receiving the Lord on February 15, 1992 Daryl was shot five times. Daryl explains, “I did not have the Christian story of getting saved and then sudden deliverance from all of my sins. In fact, my worst sins were committed after being born again. For me my walk was a roller coaster of struggling to stay clean and then relapsing on drugs. However, through it all, the Lord held on to me and in 1990 He put a desire in my heart to teach the Bible on the radio (although I did not know pastoring was part of the plan) it is the only positive desire that I have ever had my entire life.”

In spite of often feeling like the Lord did not want him, Daryl never let go of the One who never let go of him. Then one day in 2005 the Lord brought complete deliverance from the drugs and Daryl’s unhindered forward growth in the Lord began. On April 11, 2012 Perfect Love which would become Calvary Chapel Perfect Love was launched in the home of fellow founding members Jason and Jewelie Bullock. Sr. Pastor Gary Lawton of CC Santee came alongside Daryl and Pastor Mike Macintosh gave him the nod of welcome into our Calvary family. Daryl says, “Proverbs 18:16 reads, “A man’s gift makes room for him, And brings him before great men”, “Since Gary obeyed the Lord and stuck his neck out for me the Lord has surrounded me with eight great men as mentors, all church planters and all with over thirty years of ministry experience: Gary, Pat, Dave, Derek, Ray, Tony, Bryan, and Bryant thanks big brothers.”

Kimberly Kyle (Kim) is the wife of Pastor Daryl Kyle of Calvary Chapel Perfect Love in Spring Valley, CA. She is a mother of a blended family totaling seventeen children and fourteen grandchildren. The word “step” is never used in their family because the Lord has no stepchildren nor does He give parents stepchildren.

Kim’s favorite two words in the Bible are “BUT GOD” which signifies a complete divine intervention, intercession, and turn around in a person’s life which is the perfect summary of her story. Having been delivered from prostitution, drug addiction, and the revolving door of prison, Kim’s heart is to share the hope of Jesus with broken and lost women such as herself, and those who have never experienced the lifestyle she once lived. Although believers come from varying backgrounds, we are all on the same road in Christ.

Kim knows all believers are in Christ and discipleship based on solid teaching of the Scriptures is the foundation for spiritual maturity and unity in the body of Christ. She is a gifted teacher with a Spirit led passion to communicate God’s Word and His constant grace and mercy for Christians who are still struggling with sin and learning to embrace their new identity in Christ. Additional messages by Kim can be found on our church’s YouTube channel or here: ccwomen2women.com

Kim’s story has not been one of immediate deliverance following repentance in every area of sin. However, it is a continuing story of God’s redeeming power and grace. It is a story of His constant pursuit of that one little sheep who keeps wandering off be it in thought, attitude or action.

Kim understands that her story is not her own, but it is Christ revealing His love and pattern of longsuffering both to those who believe and to those who are going to believe on Him for everlasting life. Her story is really His story demonstrating the sure hope of God, that Christ is faithful to His word and will complete the work He began in every born-again believer until the day of Christ Jesus!

Philippians 1:6 “being confident of this very thing, that He who has begun a good work in you will complete it until the day of Jesus Christ” NKJV 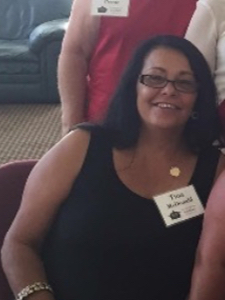 Tina became a born again Christian in 2011. She joined a new church in May 2012, called Perfect Love. In February 2014 Perfect Love became Calvary Chapel Perfect Love and through our sister church Calvary Chapel Santee Pastor Daryl was formally ordained. Since the beginning The Lord has called Tina to serve at CCPL as our CFO using her accounting and business skills she has been educated in. In 2014, Tina graduated from San Diego Christian College with her bachelor’s in business management. She also emphasized in Christian Ministries while in school. The Lord has also called Tina to serve in CCPL’s youth ministry. Tina has two grown children, a teenaged niece she is raising and three Grandchildren. 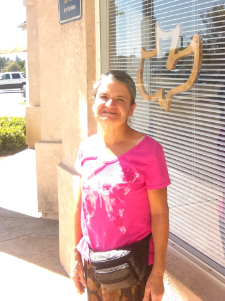 Born in and raised on the East Coast from a strict Catholic Background. I moved to San Diego and met the love of my life. After a series of tragic events and his death, I was broken all the way down. Little did I know it would be at that point that seemed the darkest that JESUS light would break through to set me free! Jesus placed me in the CC Perfect Love family and gave me a new hope. I am now a Children’s Ministry worker where I help with the Pre-K children. I teach the children weekly the same lesson the parents are learning in the main sanctuary – equipping, building, and encouraging the kids in their relationship with Jesus gives me so much joy. CC Perfect Love is encouraging me to use my gifts and walk in my purpose it has truly become my home and can be yours too!